COVID-19: We ask for your understanding as you may experience delivery delays.

Be the first to write a review!
Note: Manufacturer does not allow using discount coupons
Back Order Save In List
Out Of Stock Online
You may back order this item and it will ship when it arrives in stock.

Please Log in to receive a notification when this item arrives in stock. 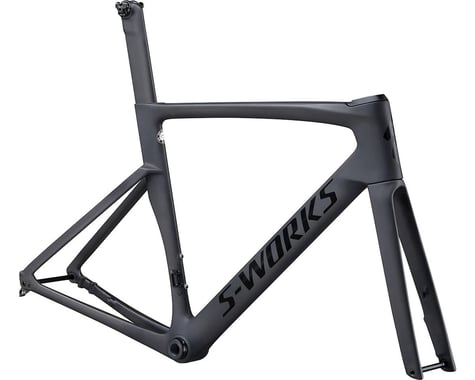 We aren't satisfied with second fastest. Hell, why do you think we have our own Win Tunnel and the motto, "Aero is Everything?" We live and breathe aero, because we know that aerodynamic optimization is the best thing we can do to make you faster. And this philosophy has never been truer than with the new Venge. Being eight seconds faster than the ViAS, it’s not only the most aerodynamic bike on the road, but it’s also lost 460 grams. This is the new shape of speed.
Features:

This product was added to our catalog on November 6, 2019