For visually impaired users: Browse the streamlined version of our website.

Be the first to write a review!
Note: Manufacturer does not allow using discount coupons
Add To Cart Add to Wish List
FREE Shipping Eligible!
This item is eligible for Super Saver Shipping Learn More
This item earns up to 1575 VIP Reward Points Learn More 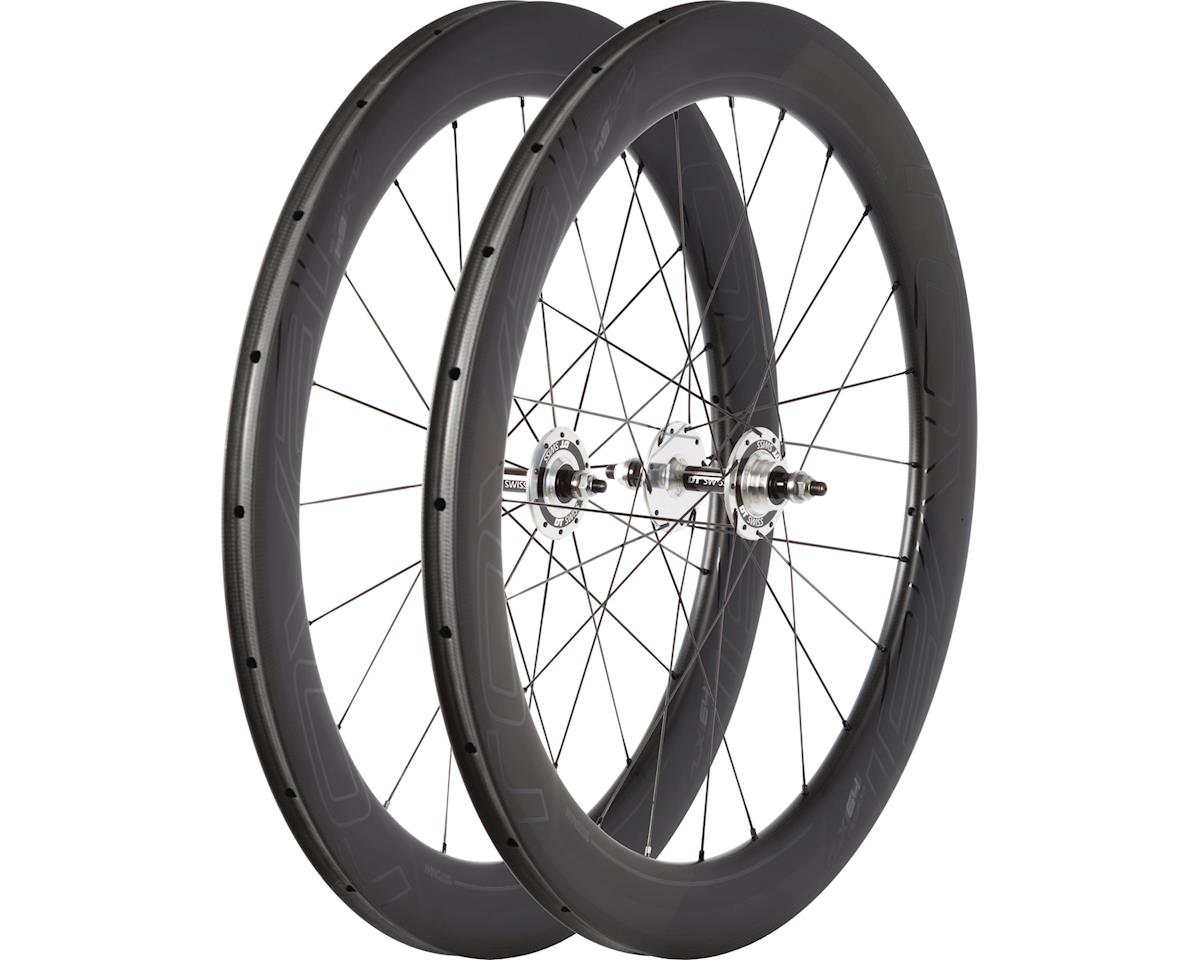 The CLX 64 Track Tubular was brought to life under the Allez Allez team at the 2016 Red Hook Crit. Along these lines, you get all of the unrivaled aero performance of the CLX 64, albeit with DT Swiss track hubs and Aerolite spokes, for a stiff, smooth, and most importantly, fast ride on the boards.

One of the first questions we get about the CLX 64 is, “Why 64mm instead of 65mm?” To put it simply, it's because 64mm tested faster than 65mm. One millimeter—that's how deep our testing goes. Having an in-house wind tunnel allows us to run every possible variation, and after two-years of development, 80 variations in rim design, and nearly 300 hours of Win Tunnel testing time studying tire and frame interactions, we found 64mm to be the fastest iteration for normal riding conditions. In fact, it's even faster than the 80-plus-millimeter-deep wheels they were tested against. Being able to use a shape that’s nearly 20mm shallower than the competition, yet just as low in drag, makes for a wheel that has drastically less side force and steering torque. This translates to less buffeting and more confidence in even the gustiest winds.

Another positive of a shallower rim depth is the reduction in weight that follows using less material. Many deep carbon wheels feel “slow” due to their high inertia value. What's that? Inertia is the amount of force it takes to accelerate or decelerate, and wheels that are built around heavier rims lack the liveliness that many riders crave. Being over a half-a-pound lighter than the other wheels in its aero category, the CLX 64 accelerates, decelerates, and changes direction with less effort.

This product was added to our catalog on March 2, 2018